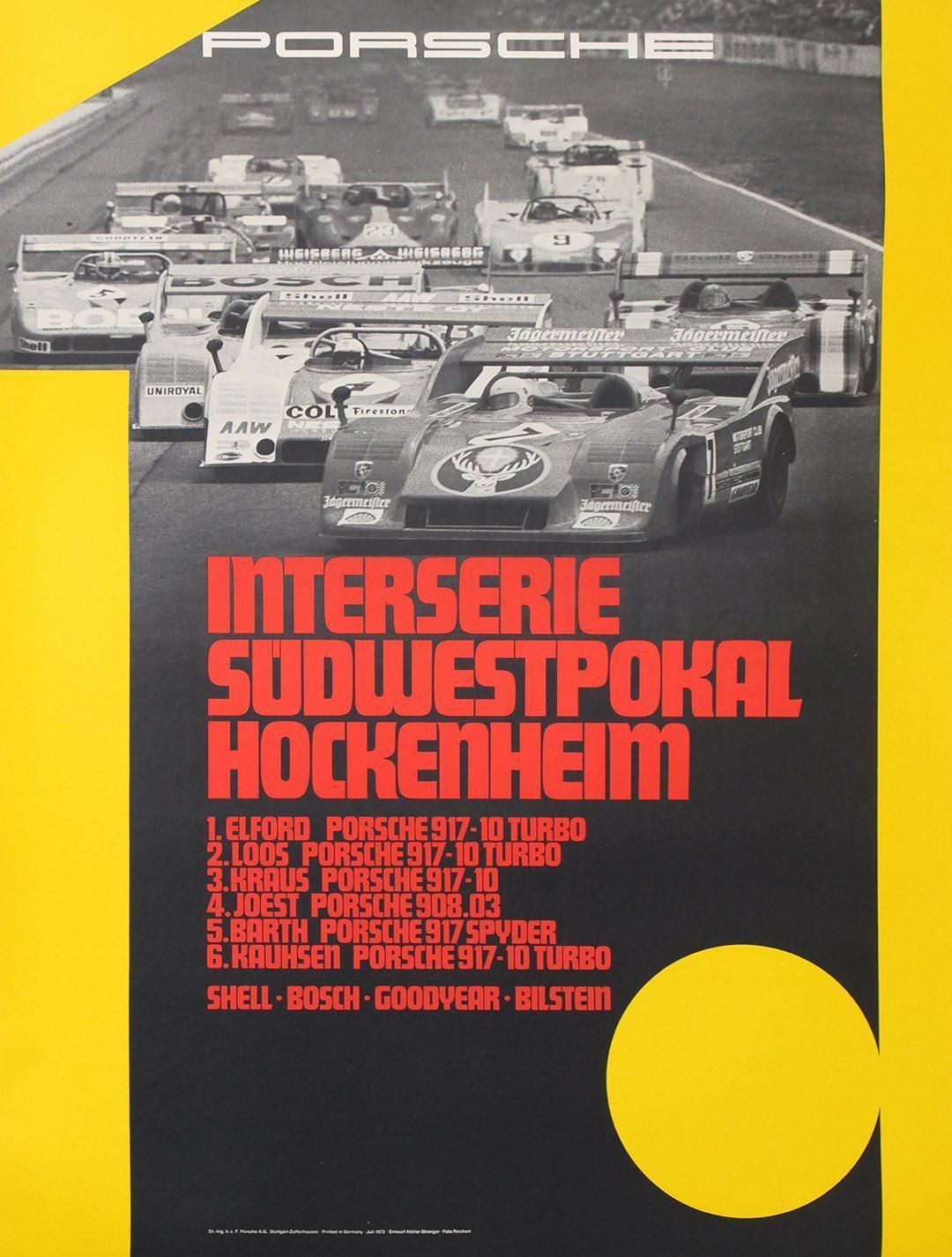 This poster was created by Porsche to celebrate their drivers placing in the first 6 slots at the Interserie Sudwestpokal Hockenheim (Interseries Southwest Cup at Hockenheim) race in 1973. Hockenheim is a Formula One racetrack located in Germany. It dates back to 1932 and has been home to the German Grand Prix for many years. This poster was created by Atelier Strenger – Reichert, an art studio known for their clean lines and enticing color combinations. At the helm of the firm was Erich Strenger (1922 – 1993), who helped form the identity of P

Any cookies that may not be particularly necessary for the website to function and is used specifically to collect user personal data via analytics, ads, other embedded contents are termed as non-necessary cookies. It is mandatory to procure user consent prior to running these cookies on your website.