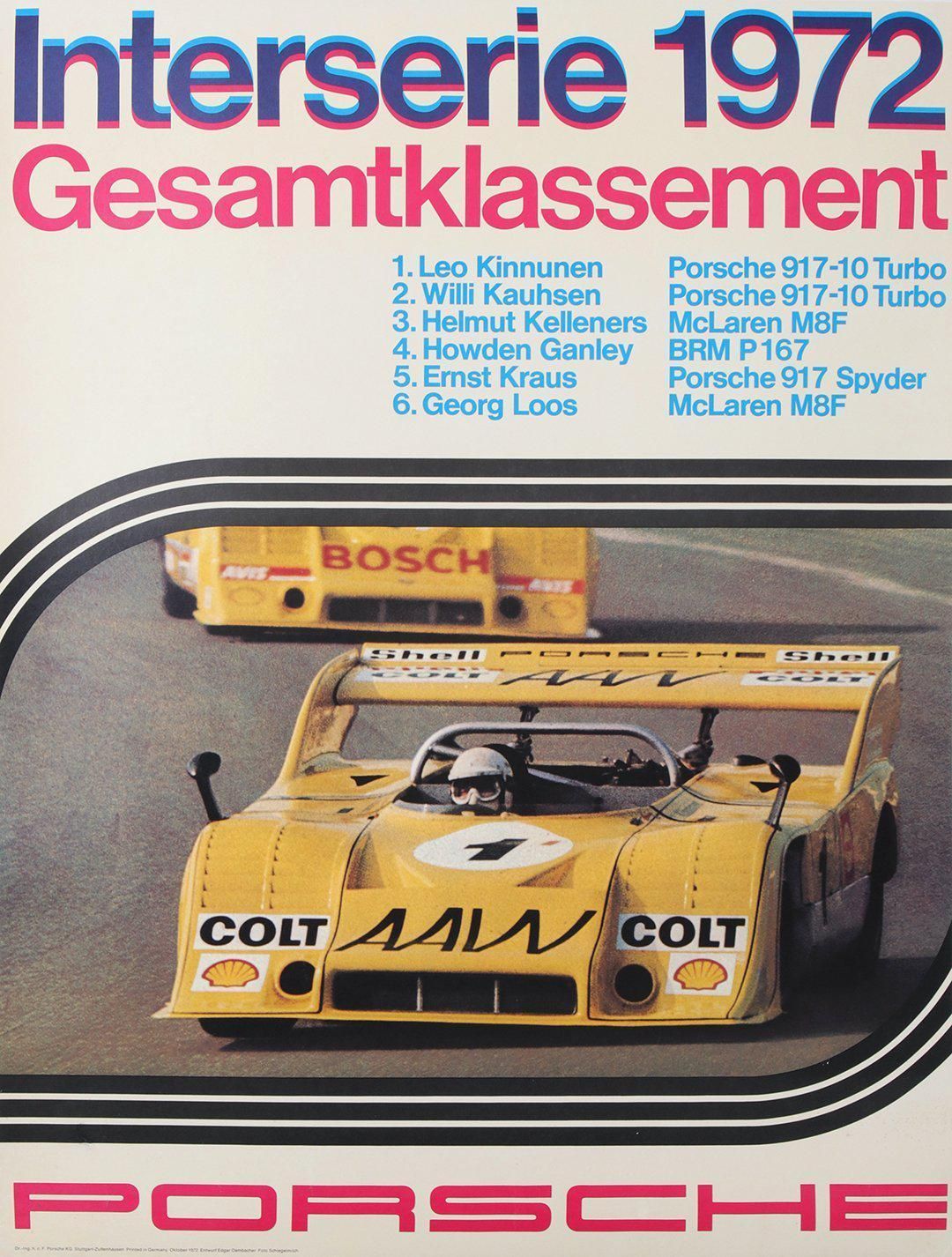 This poster was created by Porsche to celebrate their top two winning spots of the entire 1972 Interserie racing season. The first place winner for the season was Finnish Porsche driver Leo “Leksa” Kinnunen, who won racing a Porsche 917-10 Turbo vehicle. Kinnunen (1943 – 2017) was international racing’s first driver from Finland, and he had a long record-breaking career in both Interserie and Formula One racing. The photo used in this poster was taken by Ranier Schlegelmilch (1941 – ), one of the most famous photographers on the Formula One cir

Any cookies that may not be particularly necessary for the website to function and is used specifically to collect user personal data via analytics, ads, other embedded contents are termed as non-necessary cookies. It is mandatory to procure user consent prior to running these cookies on your website.